Ganga Bharani's 'Just You, Me and a Secret' :A Perfect Suspense Novel

Just You, Me and a Secret by Ganga Bharani is a perfect instance of suspense novel. We technically define Suspense novel as a novel that has an unsolved mystery which catch the reader’s attention. It has lots of emotions like anxiety, eagerness, thrill and many more. The outer cover of the book is much appreciated because of its stylish use of oil pastel designing which makes the cover artistic and gives a simple yet stylish look.
The plot is very intriguing and the actions take place according to it. The action of the novel takes place at two places; first is Chennai and the other is Coimbatore. The background of the story is a southern setup. The story begins with the protagonist, Meera who gets up in a hospital and is shocked to find her memory loss. She meets Ashruth who happens to be her fiancé but she hates him at the first place by seeing his over loving nature. As the story progresses, she finds out the answers of her questions through her diary whose named as Clara. Further, she discovers about her parents who are filthy rich and also about her companion, Santosh. Slowly, she develops affection for Santosh but still her mind always hover over her past. There are some things that disturb her. She goes through intellectual and heart battle. When she meets Santosh, things began to clear. The mystery behind the things began to clear and as a result she finds out her answers. The story ends on a happy note revealing all the secrets and mysteries, also the identity of Meera.
The author has a unique style of writing. She writes in a telegraphic language. For instance, the first line of the novel shows us this; “Pitch dark. Extreme silence.” The name of diary is intriguing ‘Clara’. It first confuses the readers and they think it as the name of a person. The sentence structure varies from simple to complex sentences. The language of the author in this novel is very simple, lucid. The mention of diary entries in ‘Clara’ and the exchange of letters between Santosh and Deepthi take our minds towards Epistolary technique of Novel Writing. The novel is a complete package of intense emotions blended with thriller.
As we know ‘Every coin has another side’ so this book has some flaws which make it weak selling wise. According to me, the cover of the book is simple but these days glittery or stylish covers appeal the readers most. The pages and the font of the book make it boring which sounds like a student reading a textbook. Coming to the contents of the book, I believe the parents’ character should have been developed more as compared to Ashruth and Santosh’s character. But we should appreciate Ganga for her commendable work as she is the first timer. These little criticisms will improve her work more.


One should not forget that her work is amazing that is why she is the inspiration to some published writers. For instance, Nikita Singh’s ‘Right Here, Right Now’ is inspired from Ganga’s novel. Readers will be amazed to know that some of the contents of the plot and the story have been taken as it is. For instance, the memory loss of Kalindi’s is similar to Meera’s. Then the side heroes Ashruth and Sameer are round characters who have mysterical identities. After this the Laptop scene in both the novels is same. Further, the secrets are revealed through dairies in both the books. Like this, there are many instances which clearly prove that Nikita’s inspiration to her novel is Ganga’s work. This makes her work a hit. And yes, if you start reading once, you will not get up without finishing it. 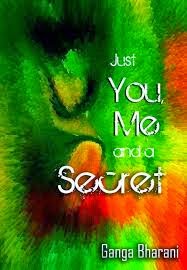 IAm16ICanRape by Kirtida Gautam is a perfect Suspense Novel. suspense : the main character may become aware of danger only gradually. ... 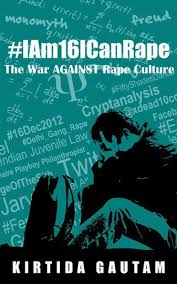